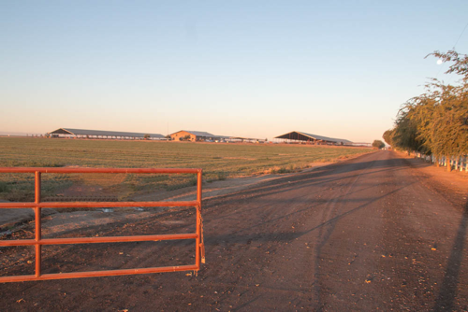 Over the last two years more than a dozen California dairies have received fictitious employment applications from undercover animal rights activists. In 2020 one of these dairies was startled to learn that they had unwittingly hired an activist and was now being sued by their employee’s activist organization in state court for animal cruelty. The lawsuit was quickly dismissed for lack of standing, but the warning to producers is clear: it’s worth the time to investigate potential new hires.

Highlights: What You Need to Know about Undercover Activists*

*The following was developed with the assistance of Allyson Jones-Brimmer, Director of Industry Relations, Animal Agriculture and published in the July 2019 CDQAP newsletter.

Employee Applicant Background Checks
It’s a common strategy for some animal rights activist organizations to have individuals go “undercover” on farms to record videos that can be taken out of context, stage scenes of animal mistreatment, or encourage abuse to record it without doing anything to stop it.

There are several methods that can be applied to help ensure that the applicant is actually who they are representing themselves to be.

Application References – It is vital that all references provided by an applicant be checked. Confirm the number of the company on the internet. Never call a cell phone for an employee reference, always dial the company directly and ask to be transferred to the referenced employee. NEVER take an application at face value. References that are not available during working hours or that cannot confidently provide a work history including work responsibilities for the applicant should be a red flag.

On-line Social Media – The wealth of information available on the internet is a quick and inexpensive way producers can do their own background check. Search for all applicants online to see if they have public social media profiles or websites/blogs. This includes Facebook, Twitter, LinkedIn, Instagram, and others. Look for any questionable content or connections to activist organizations. Undercover activists have been identified because they used their own name on activist sites. A young, computer savvy applicate with little or no on-line presence should be cause for concern.

Commercial Background Checks – There are a large number of private companies that perform background checks for a fee. Some companies such as LexisNexis are maintained on retainer. Producers should check with their legal office or human resources company to see if they engage a background check company and can make their services available to you.

Cost is highly variable, but may be as little as $20 or more than $100. Some companies offer a la carte background checks, while others charge custom fees or bill you based on the number of searches required. Typically, the more comprehensive the investigation is the costlier it is. Background checks may include such diverse areas as VISA & Immigration, work history, adoptions, and even FBI LiveScan fingerprint checks.

Animal Ag Alliance – As described below the  Animal Ag Alliance monitors and tracks known animal rights organizations and members.  Activists are searchable by name, organization, industry, criminal history and states they have active. If you have suspicious applicants, your local CMAB representative may be able to help facilitate contacting the Alliance. 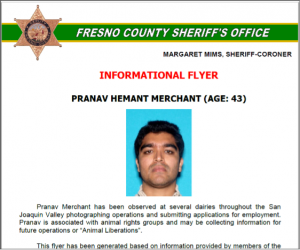 Many activists making fictitious employment applications will have a history with local law enforcement or state or federal ag organizations.

Impersonating Government Employees – In Wasco, California two activists flying a drone near a dairy wore vests indicating they were from the Federal Aviation Administration, the FAA. In Wisconsin, an activist identified herself to dairy workers as a USDA employee conducting a welfare audit. In both Indiana and Oklahoma, activists gained entry to poultry farms claiming to be from the Census Bureau. It’s worth noting that impersonating a federal employee is a federal crime punishable by up to $10,000 in fines and five years’ imprisonment.

Impersonating Allied Industry – Activists have not limited themselves to impersonating federal employees. In April of 2020 an activist posing as a technician entered a Central Valley pork processing plant, concealing a camera to record plant activities. Activists have requested producer farm tours and ride-alongs with large animal veterinarians as a “learning experience.” At least one activist boasted online of becoming a member of a County Farm Bureau in order to pass on farmer security information to her activist group.

Impersonating Job Applicants The most common scam California producers have been subject to has been activists posing as potential employees. In 2018, one activist discussed employment with several San Joaquin Valley producers, switching license plates in between stops. The fraudulent trespass increased, becoming so frequent that the Fresno Sherriff’s Department put out an all-state advisory to law enforcement. In September of 2020 a PETA activist, who had previously recorded undercover video at an Indiana duck farm, made employment inquiries at more than a dozen North Bay and Ferndale dairies.

“Open Rescue” / Theft Perhaps the practice with the highest consequence for activists has been the publicized theft of livestock and poultry from farms and processing plants. Activists define “open rescue” as “directly liberating animals from places where they are being exploited and spreading the act publicly.” In October 2018, three activists were arrested for felony grand theft for taking a calf from an Oakdale dairy. The same year, during the last of a series of poultry plant demonstrations in Sonoma County, 68 of some 500 protesters were arrested and charged with felony conspiracy and burglary. The leadership of the activist group involved also faces numerous felony charges in multiple states for similar incidents.

Acts of Violence The most deeply disturbing activist incidents relate to violence against either farm property or farmers. In May 2020, a North Coast producer reported that a male activist was recording their facility with a camera and drone. When a female associate of the dairy approached to take photos of him and his vehicle, he became angry, putting her in a choke hold and trying to damage her smart phone. In June of 2019, an Ohio veterinarian reported that he was called out to a local vegan sanctuary to help with rescued livestock. Noticing a severe shimmy of his vehicle on his way home, the vet drove directly to his mechanic who reported that some lug screws had been cut with bolt cutters and his ABS wiring had been tampered with.

What to do when confronted with Animal Rights Activists

Report Activist Activities – The first action during any activist incident is to call 911, asking for response from the police or sheriff. CDQAP’s webpage Dealing with Trespass and Drones on California Dairies provides comprehensive information on how to most effectively assist law enforcement. It’s also critical to report incidents to your processor and/or trade organization. This information is shared within the industry as well as county Sherriff’s offices, so producers throughout the state can be alerted to developing threats.

Check Credentials & References – During the COVID pandemic almost all legitimate government agencies will arrange farm visits in advance.  The identification credentials of any unfamiliar or unexpected government employee should be scrutinized, photographed, and confirmed by phone call to the agency’s main office. Activists making false inquiries about employment is a growing problem. A CDQAP newsletter article Vigilance in Your Hiring Process highlights important precautions to identify an activist intent on collecting undercover video recordings.

Emphasize Employee Training – Train your employees to contact local law enforcement or the farm manager at the first sign of activist activity. Keep employees current with annual National Dairy FARM Program training. Short dairy stockmanship videos are available online in English and Spanish. The FARM standards emphasize that the only movement aids that should routinely be available to employees are lightweight paddles or flags.

Resources: The Animal Ag Alliance
The Animal Ag Alliance is a non-profit industry collaboration that has been dedicated to bridging the communication gap between farm and fork for more than thirty years. The Alliance is an important partner in California’s dairy farm security efforts, along with CMAB and CDRF. The Alliance can provide a variety of hiring and security guidance including a farm security checklist, sample employee agreement forms, employee screening tips, suggestions for fairs and conventions and the latest security news. The Alliance monitors and tracks known animal rights organizations and members.