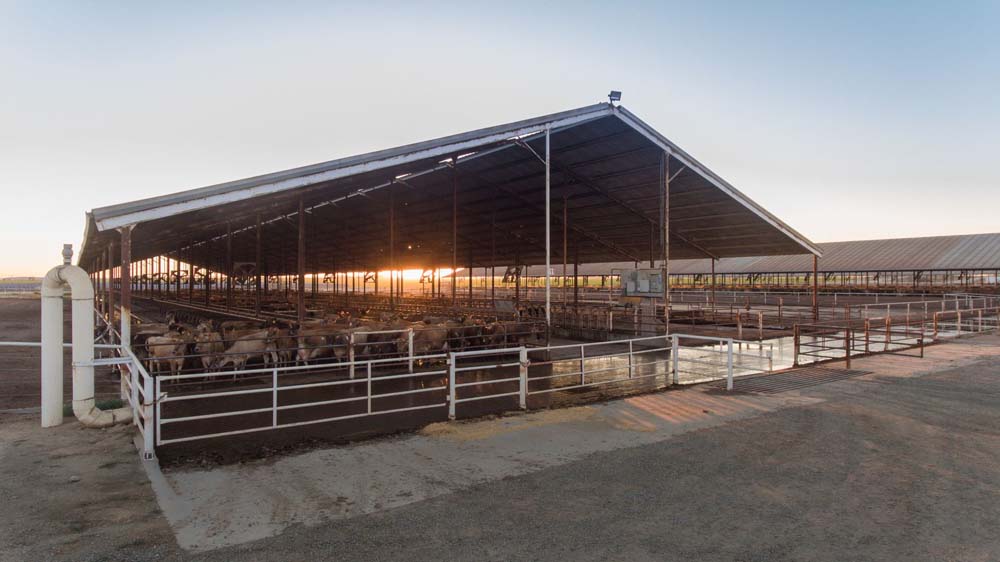 California farms lose up to half billion dollars to theft and other rural crime every year. Here are some steps you can take to make your facility less inviting to criminals…

Highlights: What You Need to Know About Rural Crime on Dairies

BACKGROUND: The Cost of Agricultural Crime in California

The cost of agricultural crime in California is staggering.  No state or national database exists tracking rural crime statistics, making it difficult to estimate losses to farmers. Surveys in individual counties such as Tulare and Kern however typically report losses of $3 to $4 million every year. One estimate by the California’s Rural Police Project put losses to California farmers at $30 million per year. Because only about 10% of rural crime is actually ever reported, the real losses (which include not only replacement and repair but lost productivity as well) may be considerably higher, approaching half a billion dollars.

“Anything that’s not nailed down.”  There is enormous variability in the types of farm property stolen in California. In 1993 the San Francisco Chronical tallied just some categories of farm theft: tractors and other equipment worth $13 million, garlic worth $11.5 million, avocados worth $10 million, farm chemicals worth $2 million, cattle worth $1.9 million and aluminum irrigation pipe worth $1.2 million. One disturbing trend in the Central Valley has been the increase in sophisticated, crime-ring cargo heists. An example is having a trucker company ID and shipping manifest counterfeited to allow pick up of truckloads of almonds, walnuts or pistachios each valued at between $100,000 – $500,000.

It’s not just the theft…it’s also the recovery.  The loss of property alone is frustrating enough, but recovery costs can significantly compound the total economic losses.  Thieves may only take $20 to $30 of copper wire, but it can cost $2,000 to $6,000 to repair an irrigation pump. In addition, there can be lost productivity. It may take up to a week or more for a pump to be rewired, resulting in lost irrigation time.  Recovery costs can vary from hauling off illegally dumped tires and sofas to cleaning up abandoned methamphetamine labs. The costs to clean-up a clandestine drug lab are frequently borne by the landowner and can range anywhere from $2,000 to $150,000.

It’s not just property crime.  Crime is not limited to just property. A survey of Tulare farmers from 1992 to 1994 found that of approximately 5,000 agricultural crimes reported in the county every year, with about 80% involving property, but some 20% also committed against persons. A subsequent survey of Tulare County farmers in 1996 found that 50% had experienced rural crime, leading to their security priorities being 1) equipment theft, 2) crop and livestock theft and 3) personal assault.

Dairy producers are targets too.  These concerns were mirrored in a 2018 survey of CMAB producers. Of responding dairymen, 50% reported having experienced rural crime of some sort, with 35% experiencing theft, four cases of trespass and one case each of activist activity, drone over-flights and armed robbery. In the CMAB survey, producers’ priorities were general farm security, hiring practices and responding to and reporting criminal events.

Getting Started: Working with Neighbors and Local Law Enforcement

Each farm’s security challenges are different. Work with your sheriff’s office to determine what your greatest risk is and start there.

Some inexpensive management practices are as simple as not leaving keys in tractors, ATV’s or trucks parked in low-traffic areas. Spot-welding bolts securing solar panels or installing good quality locks on fuel pumps can also deter a lot of theft. Training employees to snap cell-phone pictures of suspicious people or vehicles costs nothing and fosters a mindset or culture of security on your farm.

Becoming involved your local sheriff and neighborhood watch group (see below) can provide valuable information on what thieves, vandals or activists are targeting in your area. Sometimes the highest priority for a farm is obvious. You or your neighbors, for instance, may have experienced repeated, costly copper wire theft. Sometimes however your greatest security liabilities may not be immediately obvious and a fresh set of eyes can be enlightening. Most rural Sheriff’s departments in California have rural crime or ag crime divisions and are happy to provide a walk-through audit for the farmer.

Most rural Sheriff’s departments in the State are part of California’s Rural Crime Prevention Task Force.

Identifying your property Sheriff investigators have found that thieves are more hesitant to take items that can be readily identified. Placing signs, decals, and other visible information warning potential thieves that this equipment has been marked and registered with the local law enforcement officials helps to prevent theft.

The Owner Applied Number or OAN is a national registry that allows you to mark your equipment with a unique number traceable by county sheriffs, the California Highway Patrol and the FBI. Your local sheriff’s office can provide you with an ORN specific for your operation. Marking applied variety of ways: decals, painting, stamping, engraving, welding or burning. Anything can be marked: tractors, ATVs, tools, tires, irrigation pipe, farm chemicals, even cow ears can be tattooed. The California Farm Bureau has provided photos of various tools producers can use to apply their unique numbers.

SmartWater Technology A new method of identifying farm equipment being tested in California is the SmartWater  technology. SmartWater is a long-lasting, traceable liquid, unique to an individual farm that is only visible under an ultraviolet black light. Fresno County has been testing the technology in a pilot program and has already used it to prosecute criminal cases.

Always, always, always report rural crime! If a farmer takes no other action, reporting crime or suspicious people or vehicles is crucial to start addressing a crime problem. Alarmingly, one survey revealed that only 10% to 20% of rural crime is ever reported. Farmers are the eyes and ears of the sheriff’s department and law enforcement can’t take action unless they can investigate individual cases and identify patterns of crime. Photos from cell phones of suspicious people or vehicles and license plates are invaluable to investigators. Other information used by detectives include information on job applications or information supplied by your neighbors.

The Basics of Dairy Farm Security

As to securing the entry point it’s good to remember that not all locks are created equal. Locks that have shackles that are hexagonal in shape and are shrouded can defeat all but the most massive bolt cutters. In addition, if the shackle is constructed with boron steel it is 50% harder than usual hardened steel. Lastly, padlocks with ball-bearing mechanisms are tougher to break. Fortunately, such high quality locks can be purchased for as little as $20 to $30.

frequently make signage available to members at a reduced cost. The primary value of such signage is that it elevates trespassing from a parking-ticket like Infraction, a $75 fine, to a Misdemeanor, punishable by up to a $1,000 fine and 6 months in jail. Thus No Trespassing signs for the most part keep honest people honest and allow law enforcement to more easily prosecute others when they’re not.

Besides “No Trespassing” signage can convey a useful variety of messages. Many of these alternative messages may often make thieves think twice.

Signage can announce that equipment is marked with permanent identification or that property is under video surveillance (regardless of whether it is or not). Signage can communicate that the farmer is part of a Neighborhood/Farm Watch program and that suspicious people and vehicles will immediately be reported to the Sheriff. Signage can even alert criminals to the magnitude of penalties for say, illegal dumping or the existence of rewards for information leading to the conviction of persons committing agricultural theft. In California ideally warning signage is provide in both English and Spanish.

While anything from hand tools to cows to milk can be stolen, there are some types of crime that are more frequent or costly for producers. The following list offers information and links for specific farm security problems.

Signage: Post “No Trespassing” signs at all road entrances and at three signs per mile to include property corners. This elevates trespassing charges from a $75 infraction to a misdemeanor (up to $1000 fine/6 mos. of jail time) and may deter unwanted visitors. Many local Farm Bureaus have signs available.

Perimeter Gates: Other than the main gate, secure all perimeter roads with gates, chains or cables to hinder vehicle access. This will also help deter some property theft.

Employees: Train and empower employees to investigate anyone they don’t recognize and immediately call the Sherriff’s office. Trespass occurring in the presence of law enforcement is easier to prosecute. Recording on your cell phone, explain to trespassers that law enforcement is in route and ask them to leave, but do not otherwise engage.